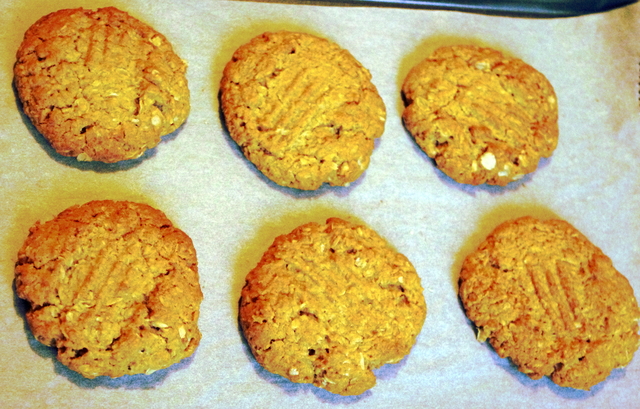 Somewhere between a biscuit and a flapjack

Known and loved in the Antipodes for at least a century already, we're now bringing ANZAC biscuits to a wider UK market, and of course we're making them gluten-free! For those who don't know what they are, they're best described as a fantastic oaty biscuit with plenty of coconut flavour, softer than a biscuit but less dense than a flapjack. In short, one of our "perfect accompaniment to a big mug of coffee" bakes!

Berkson Bakes makes cakes, brownies and biscuits that you not only want to eat, but will also want to eat again and again. Wonderful and tasty.

I was recently at a party where Berkson Bakes provided all vegan food. I'm not a vegetarian but still enjoyed the food and found it delicious. I would definitely use Berkson Bakes for any parties I have!

That orange and almond cake was fantastic. You are the best gluten-free baker I've ever met.

I've only been GF for a small part of my life but have always found it hard to find yummy treats that taste good. However I was lucky enough to meet the woman behind these bakes and was treated to an entire cake made by her for a party and I can honestly say it's the most delicious cake I've EVER eaten. That includes any cake I'd had before my GF days! Chocolate & walnut cake..it's the best.